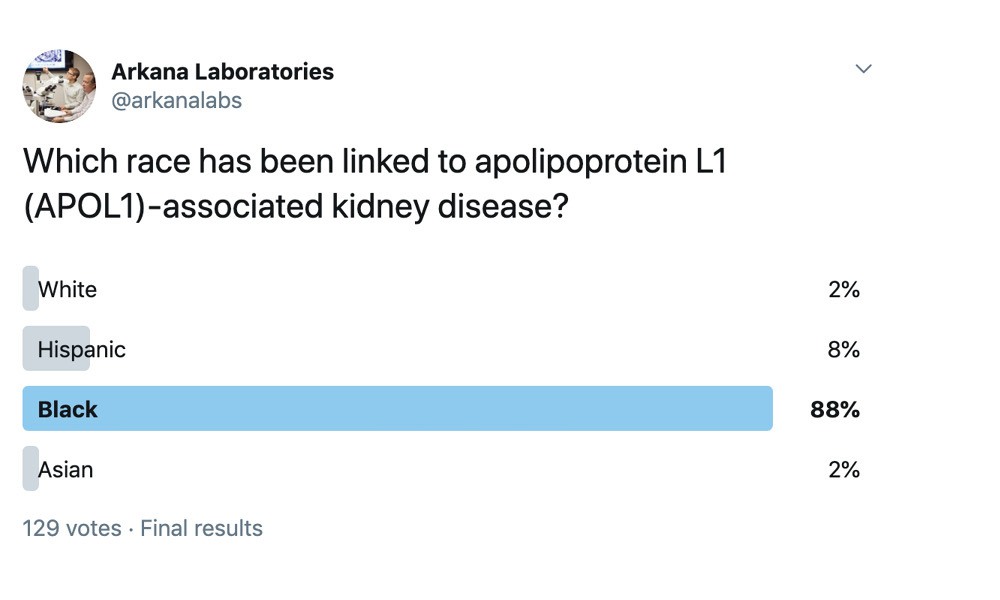 APOL1-risk alleles have been reported only on African-derived chromosomes, including individuals from West Africa and recently admixed individuals from the United States or the Caribbean. Approximately 13% of the US African American population carries the APOL1 high-risk genotype.

Recent data suggest that this risk is strongly associated with two common variants (G1 and G2) in the last exon of APOL1 that confer resistance to Trypanosoma brucei infections. The highest G1 and G2 allelic frequencies were described in Western, sub-Saharan Africa, with frequencies >40% for G1 in Ghana and Nigeria, and 24% for G2 in Nigeria.