Did you know Fibrillary Glomerulopathy was described in the 1980s? While case reports existed before, in 1983 a series describing an unnamed renal disease was published. In 1987, the name fibrillary GN was coined in a second small case series.

Fibrillary GN has an overall poor prognosis. However, more recent studies stratify this more with somewhat consistent percentages of responders, progressive disease, and progression to ESKD.

Rituximab has become a common tx in fibrillary glomerulopathy. Data comes from small, uncontrolled case series but it appears to produce renal response in a subset of patients. Larger, controlled studies are sorely needed to determine tx superority.

DNAJB9 is a recently discovered biomarker of fibrillary glomerulopathy. This discovery has already led to development of tissue biomarker stains. Could DNAJB9 represent a potential target for pharmacologic intervention?

A small percentage of fibrillary glomerulonephritis cases show monotypic light chain staining however, a recent study has suggested that the majority of these are not associated with monoclonal gammopathy.

Recently, there has been an association with HLA-DR7 and fibrillary glomerulonephritis.

Fibrillary glomerulopathy is a disease undergoing rapid change. In just ten years several clinical disease state associations have been defined, a new treatment paradigm has emerged, new diagnostic tests on renal biopsy have been discovered, and the beginnings of the molecular pathogenesis of the disease have been found.

In the coming years, I hope continued research will help us answer a few important questions. First, no controlled, large scale, collaborative trials exist that prove treatment superiority in this disease and are sorely needed. Next, I hope that the discovery of DNAJB9 as a biomarker of this disease ignites a flurry of interest that leads to a more complete understanding of the molecular pathogenesis of this disease. When we have a fuller understanding of treatment superiority and an expanded knowledge of the pathogenic mechanisms behind fibrillary GN we will be in a place ripe for development of targeted therapies and will have the ability to compare them with current treatment options. And, while this still feels a ways off, if the last ten years are any predictor, it may come faster than we think.

Below you will find an abbreviated list of studies in fibrillary GN for your perusal. This list is not comprehensive or authoritative but it provides a good base for getting to know this disease. It takes less than 30 minutes to read through all the article abstracts and at the end, you will have a much more comprehensive understanding of fibrillary GN, current rationale for rituximab treatment, outcome and prognosis, side effects, and our current level of understanding of DNAJB9 and its intersection with fibrillary GN.

Treatment of Fibrillary Glomerulopathy with Rituximab 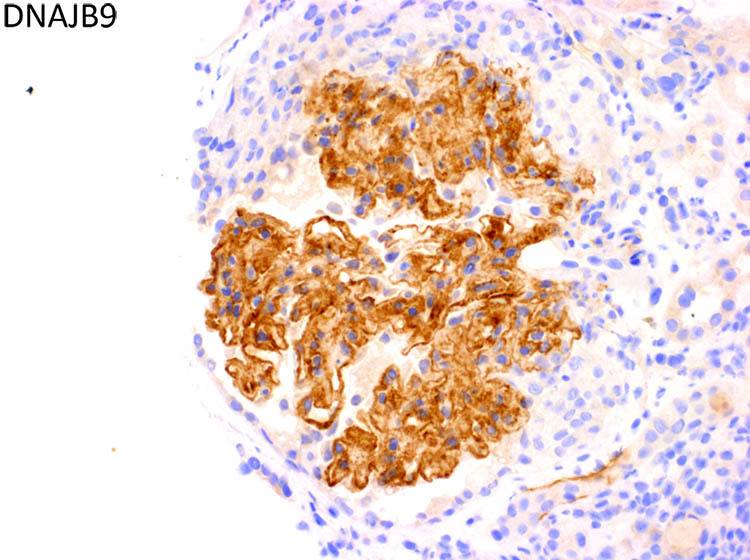